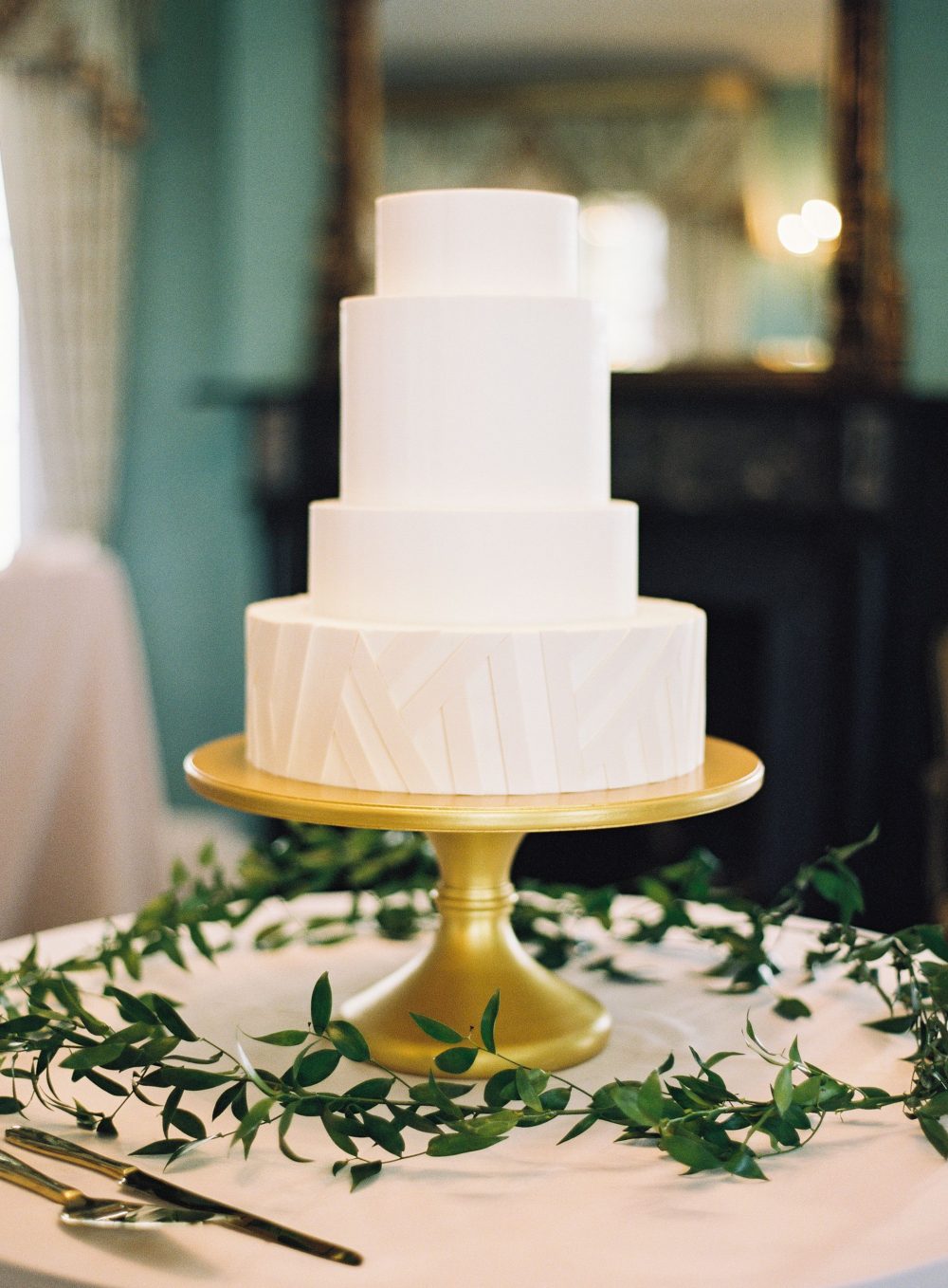 PPHG Pastry Chef Jessica Grossman takes us behind the scenes of some of her favorite designs! ⁠

“The Razzle Dazzle! The bride and groom were both designers/artists. They wanted their cake to have a modern⁠ graphic-design vibe. They mentioned adding camouflage to one layer. In the tasting, I’m trying to act natural, of course, but I’m thinking ‘CAMO?? Really?’ So, OF COURSE, not the hunting camouflage I was envisioning, but #Dazzle camouflage. This cake came with a history lesson!⁠
⁠
Dazzle camouflage, also known as Razzle Dazzle, was used in WWI. According to Wikipedia, “it consisted of complex patterns of geometric shapes in contrasting colors, interrupting and intersecting each other.”⁠It was intended to confuse, rather than conceal, the viewer. This originated in the UK and was adopted by the US Navy. ⁠
⁠
But I digress. So after some considerable research, and lots of time spent with my ruler and graph paper, here is the end result, made with an overlaid pattern of modeling chocolate pieces. I’ve often said that my background in graphic design AND mathematics is not lost in this job…”